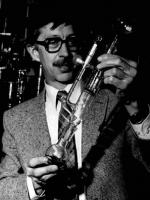 Robert E. McCarley, professor, received the B.S. (1953) and Ph.D. 1956) from the University of Texas at Austin. Following a postdoctoral at Ames Laboratory, he joined the Iowa State staff in 1957. He served as department chairman from 1973 to 1977. In 1977-1978, he was Visiting Professor at the Max Planck Institute in Stuttgart, West Germany.

Bob was born August 17, 1931, in Denison, TX, the son of Howard and Gladys (Sherman) McCarley. He graduated from Denison High School in 1948 and completed his Doctorate in Inorganic Chemistry from the University of Texas in 1956. He married Jenna B. Cox on November 15, 1952. He was a loving husband, father and kind-hearted member of his community.

Bob's passion for chemistry began in the science lab at Denison High School and won him many honors, awards, and international recognition. His career spanned 40+ years as a Professor of Chemistry at ISU and also included research with Ames Lab and the Max Planck Institute in Stuttgart, Germany. He was also an active volunteer, supporting causes close to his heart: Habitat for Humanity, First Baptist Church and Green Hills, among others.

Bob was preceded in death by his parents; a brother, Jack McCarley; and sisters, Barbara Gore and Jeanette McCarley.