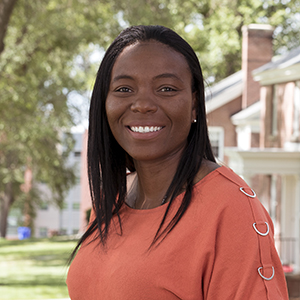 Dr. Luisa Whittaker-Brooks, Department of Chemistry, The University of Utah

Organic-inorganic interfaces while highly desirable for a host of applications, present several challenges that remain unresolved, including the ability to control the assembly of the organic and inorganic components and interfaces at the molecular level (orientation and mode of attachment), matching of phonon band structure in inorganics with discrete vibrations within the molecule, and tuning energetic offsets for effective charge and spin transfer. Each of these parameters ultimately govern charge transport, the preservation of coherence, and energy transfer.

In this talk, I will discuss fundamental guidelines for the design of well-defined organic-inorganic heterostructured materials with controlled morphology and interfaces that serve as conduits for deterministic and coherent spin and charge transfer. I will divide my talk into two different sub-topics, i.e., (1) how matching phonon structure across interfaces through control of mode and site of attachment of molecules to surfaces allow for efficient coherent charge transfer and (2) how topologically protected electronic states can be defined by 2D assembly of pi-conjugated molecules and layered organic-inorganic hybrid materials on surfaces for spin-coherent electronic transport. Here, I will emphasize the role that dimensionality plays in modulating the spin and charge properties of organic-inorganic hybrid structures. The common thread between these two sub-topics is the fundamental understanding of energy and charge transfer at the interfaces of organic-inorganic hybrid materials to control charge (spin) injection, transport, manipulation, and detection with implications for photovoltaics, energy storage, quantum electronics, and spintronics.

Luisa Whittaker-Brooks is an Associate Professor of Chemistry at the University of Utah. Her research centers on the design of well-defined hybrid materials with controlled morphology and interfaces that serve as conduits for deterministic and coherent energy and charge transfer for applications in energy conversion, storage, and electronics. Dr. Whittaker-Brooks received her B.S. degree in Analytical Chemistry from the University of Panama. Under a Fulbright Fellowship, she received her M.S. and Ph.D. degrees in Materials Chemistry from the State University of New York at Buffalo. She was a postdoctoral researcher in the Department of Chemical and Biological Engineering at Princeton University. She was the recipient of the 2013 L’Oréal Fellowship for Women in Science Award and the 2015 Marion Milligan Mason Award for Women in the Chemical Sciences administered by the American Association for the Advancement of Science (AAAS). She was named a Scialog and Cottrell Fellow by the Research Corporation for Science Advancement (RCSA), a Talented 12 by C&En news, and a GERA Ovshinsky Energy Fellow by the American Physical Society (APS). She is also the recipient of a Department of Energy Early Career Award, a Sloan Fellowship in Chemistry, and Camille Dreyfus Teacher Scholar Award.