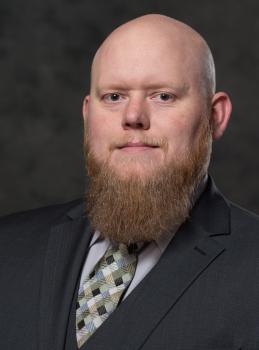 Abstract:  With the finding of evidence for liquid water on “ocean worlds,” such as Enceladus, Europa and Titan, and even frozen water on the Moon and Mars, development of instrumentation capable of detecting signs of life is an important next step. While a variety of techniques have been used for astrobiological studies on Earth and abroad, it is unlikely that one technique alone is capable of providing the necessary information to determine the presence of extant/extinct life. Rather, a number of analytical approaches capable of providing orthogonal information (often termed ‘multimodal’ analyses), will be necessary to properly characterize interplanetary oceans/ices to create a compelling case for or against the existence of extraterrestrial life as well as to gauge prospects for habitability.  The broad range of energetics offered by electrical plasmas offers the potential to provide multimodal analysis through the detection of elemental and molecular species.

Here, we present novel approaches to provide simultaneous elemental and molecular information through the combined use of atomic emission spectroscopy (AES) and mass spectrometry (MS). In one example, a single plasma source, the solution-cathode glow discharge (SCGD), is used as an excitation and ionization source when combined with AES and MS in a single platform. The SCGD-MS/AES combination offers part-per-billion detection limits for much of the periodic table as well as small organic molecules relevant to the origins of life. In another, spatially resolved multimodal information is obtained by merging laser-induced breakdown spectroscopy (LIBS) and laser-sampling mass spectrometry. Particles from laser ablation are analysed with a plasma-based molecular ion source and MS, while AES from the laser-induced plasma (LIP) yields elemental information. Lastly, the use of electrical plasmas as chemical reactors to synthesize biologically relevant molecules in realistic early-Earth conditions will be discussed.

BIO: Jacob (Jake) Shelley, Alan Paul Schulz Career Development Professor of Chemistry at Rensselaer Polytechnic Institute, earned his B.S. in Chemistry from Northern Arizona University. He completed his Ph.D. at Indiana University under Gary Hieftje where he studied novel plasma ionization sources for molecular mass spectrometry.  Jake did postdoctoral research with Graham Cooks at Purdue University developing portable mass spectrometers capable of in situ analyses.  After another post-doc at the University of Münster, he became Assistant Professor at Kent State University and later moved to RPI in 2016.  His research interests lie in the development of new hardware and software tools for mass spectrometry, which enable rapid, sensitive detection and identification of analytes in complex matrices.  In addition, his research group uses high-energy plasma-generated species to perform unique gas-phase synthesis.  These research areas converge in studying chemical origins-of-life through the Rensselaer Astrobiology Research and Education (RARE) Center, where he is the Associate Director.  Jake’s recognitions include a Humboldt Post-Doctoral Fellowship, Bunsen-Kirchoff Award (2017), The Analytical Scientist’s Top 40 Under 40 Power List, Spectroscopy’s 2020 Emerging Leader in Atomic Spectroscopy Award, and 2021 EAS Young Investigator Award.  He’s authored 45 journal articles, 4 issued US patents, and given 50+ invited presentations worldwide.