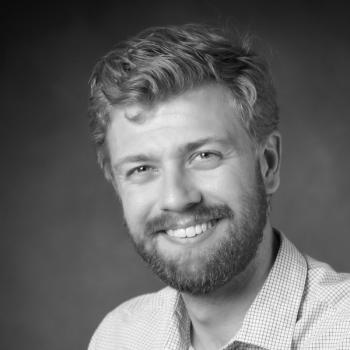 Abstract: Data-driven modeling and deep learning present powerful tools that are opening up new paradigms and opportunities in the understanding, discovery, and design of soft and biological materials. In this talk, I will first describe our recent applications of deep representational learning to expose the sequence-function relationship within homologous protein families and to use these principles for the data-driven design and experimental testing of synthetic proteins with new and/or elevated function. I will then describe an approach based on latent space simulators to learn ultra-fast surrogate models of protein folding by stacking three specialized deep learning networks to (i) encode a molecular system into a slow latent space, (ii) propagate dynamics in this latent space, and (iii) generatively decode a synthetic molecular trajectory.